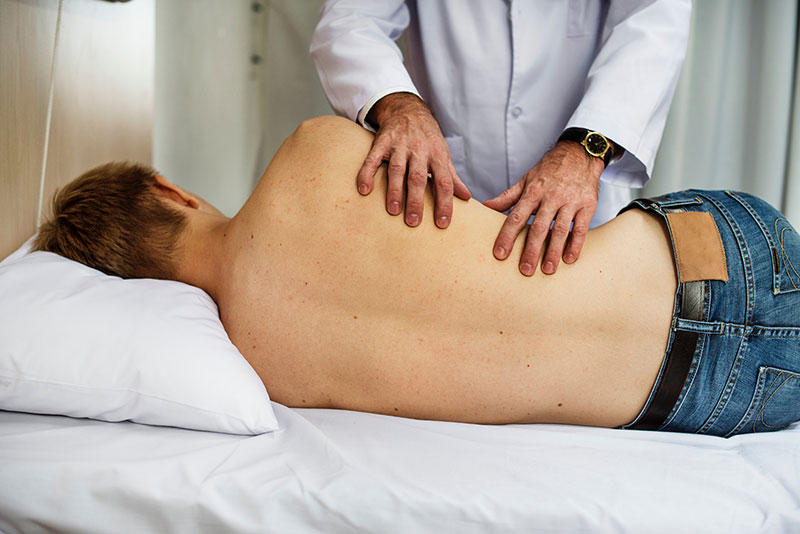 Lower cross syndrome refers to a pattern of various tightened and weak muscles. This body pattern can decrease strength, flexibility, range of motion and lead to further degenerative processes. It is commonly seen in people with Piriformis syndrome or Sacroiliac joint dysfunction.

Lower cross syndrome consists of various tightened and weak muscles. The tight muscles are generally as follows: hip flexors such as (iliopsoas and rectus femoris), and erector spinae muscle The weakened muscles are as follows: abdominal muscles and gluteus maximus.

Inactive gluteal muscles or overactive hip flexors can facilitate development of many problems including Piriformis and SI joint pain. When the gluteals are not activating the hamstrings, adductor magnus, and piriformis have to perform work overtime. Resulting hypertrophy of the piriformis which produces sciatic symptoms. Also many of these large and small muscles have relationships with the ligaments of the sacroiliac joint. When they are tight they can restrict proper motion in the pelvis causing sacroiliac joint pain.

A major cause for inactive gluteals is overactive hip flexors (psoas major, iliacus, and rectus femoris). This imbalance usually occurs where the hip flexors have been trained to be too short and tight, such as when someone sits with hips flexed, as in sitting all day at work.

Another cause of tight hip flexors is athletes engaging in forward-moving activities, such as runners and bicyclists. When not balanced by lateral movement of the legs, repeated forward movements can lead to disproportionately weak hip abductors and tight adductors. This can cause the piriformis muscle to shorten and severely contract. These athletes need to balance their activities by engaging in lateral stretching and strengthening exercises.