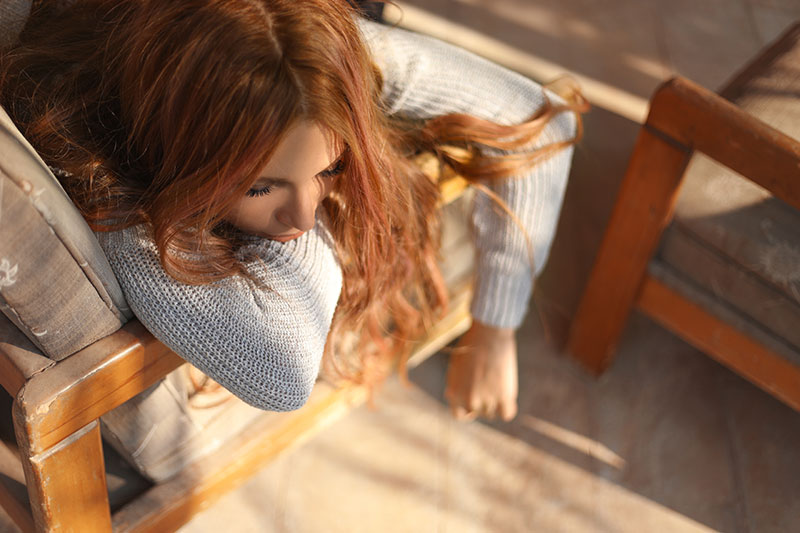 Adrenal Fatigue symptoms are usually an overwhelming fatigue and inability to handle stress. Some experts believe that upwards of 80% of the population suffers from some level of adrenal insufficiency. More and more alternative health practitioners are beginning to recognize how widespread adrenal fatigue (hypoadrenia) is in the general population. The symptoms listed below provide a more complete picture of adrenal fatigue:

Any person with lung problems, especially asthma and bronchitis should be checked for poor adrenal function. The lungs cannot respond appropriately to stress, allergens etc because of lack of cortisol. Asthma is often considered an emotional disease because stress can trigger an attack. Fix the adrenals so the body can respond normally to stress and the asthma will disappear.

Cortisol even regulates the electrical activity of neurons in the brain and thus influences behavior, mood and memory. Behavior changes frequently occur in both excess and deficient cortisol levels. Sleep disorders for example, are common with both high and low cortisol. Symptoms more closely related to adrenal fatigue involve decreased tolerance (quick to anger), decreased clarity of thought, poor memory and memory retrieval.

When a person stands from a sitting or lying position, the systolic blood pressure usually rises about 10 points as blood vessels in the lower body constrict to force blood to the heart, lungs and brain. This is a result of the action of epinephrine on the blood vessels. In people with adrenal fatigue, the blood vessels are unable to respond to the release of epinephrine because of lack of cortisol, so blood pools in the abdomen and pelvis and blood pressure drops. This systolic drop ranges from 10 to 40 points and is present in over 90% of those with hypoadrenia. Dizziness is usually present on standing; however, in some people it is present intermittently or constantly throughout the day as even resting blood pressure is low. Paradoxically, in order to prevent pooling of blood in the abdomen and lower extremities, the body may keep blood pressure extremely elevated. Pressure will still drop when the person stands but only to around 150. Remember, it may have been 180 or higher before standing. Treating the adrenals will lower blood pressure whereas anti-hypertensives and diuretics will make the adrenal problems worse in many cases.

A person with low aldosterone may also urinate 15 to 20 times a day and drink excessive quantities of water. Unless salt is added to the water, the fluid/electrolyte balance in the body is further disrupted.

This is caused again by blood pooling in the abdomen and pelvis leading to inadequate blood supply to the head.

The heart normally makes a “lub-dub sound, with the second sound being much quieter than the first sound. In a person with hypoadrenia, the second sound will be equal or louder than the first sound over the pulmonic valve. When the body is stressed, it produces epinephrine which will cause vasoconstriction throughout most of the body, including the lungs. This vasoconstriction decreases the production of mucous in the airways. At the same time, epinephrine will relax the bronchi (bronchodilation) allowing more air to reach the lungs. In those with adrenal fatigue, the body cannot respond to the epinephrine because of lack of cortisol so they experience bronchoconstriction instead, leading to symptoms of asthma. The bronchoconstriction, along with vasodilation and swelling of the mucous membranes create a back pressure in pulmonary circulation (pulmonary hypertension) that causes the pulmonary valve to slam shut, hence the accentuated second sound over the pulmonic valve. Lung diseases such as tuberculosis or tumors can also cause this loud 2nd sound.

Hemorrhoids are basically varicose veins of the rectum and are caused by blood pooling in the abdomen and pelvis. When a person presents with hemorrhoids, it is usually do to adrenal fatigue, but can be caused by liver congestion. Once again, listening to the heart can help determine the cause. If the loud second sound is over the pulmonic valve, it is indicative of adrenal problems, while a loud 2nd sound over the tricuspid valve is indicative of liver congestion.

Although more often seen in actual Addison’s disease, hyperpigmentation is occasionally seen in adrenal fatigue. This increased pigmentation of the skin may show up as “bronzing” somewhere on the body or as unusual brown.

As adrenal fatigue progresses, blood glucose levels will tend to fall too low. The body responds to hypoglycemia by causing the person to crave anything that will rapidly raise blood sugar levels, such as a soda, candy bar, a cup of coffee or even cigarettes. Often adrenal fatigue leads to the abuse of alcohol, marijuana, and hard drugs because of the need to “fix” recurrent hypoglycemia. Unfortunately, the rapid rise in blood glucose provided by the “fix” only serves to start the whole cycle over.

The same sluggish circulation in the abdomen can cause symptoms of indigestion and poor absorption of nutrients.

Cortisol and other glucocorticoids produced by the adrenal glands are the body’s own anti-inflammatory hormones. People who have responded to injections of corticosteroids into joints or to taking them orally are usually those whose adrenal glands produce insufficient amounts of these hormones. Any person who responds to corticosteroids should be checked for adrenal fatigue.

Dr. Goodheart identified five skeletal muscles which can indicate adrenal function. These are 1) sartorius, 2) gracilis, 3) posterior tibialis, 4) gastrocnemius, and 5) soleus. When the adrenal glands are malfunctioning, there will be weakness in one or more of these muscles. The sartorius and gracilis attach on the pelvis. Weakness in these muscles can cause the sacro-iliac joint to subluxate posteriorally (toward the back) leading to low back pain. In persons with adrenal fatigue, low back pain is frequently caused by instability of the pelvis rather than an actual back problem. These same two muscles also attach to the knee and help provide support. Weakness will cause knee pain, weakness and instability of the joint. Any person with knee problems should be checked for adrenal fatigue. The other 3 muscles mentioned stabilize the feet and ankles. Weakness of any of these muscles leads to complaints of tired, aching feet, weak ankles or aching calves. The symptoms related to the muscle weakness will improve when the adrenal glands are treated.

Severe and/or recurrent infections (especially respiratory) often indicate adrenal problems. The more severe, the more frequently it occurs or the longer it lasts, the more likely adrenal fatigue is involved in the infection.

The adrenal glands produce many more hormones than just glucocorticoids. One very important hormone is aldosterone, a mineralocorticoid. Aldosterone regulates fluid and electrolytes (sodium, chloride, potassium and magnesium) in the blood, between and in the cells of the body. As adrenal fatigue progresses, the production of aldosterone lessens. This causes “salt-wasting”. As the salt is excreted by the kidneys, water follows leading to electrolyte imbalance and dehydration. Those with adrenal fatigue should always add salt (preferably sea salt with its trace minerals) to their water. Soft drinks and electrolyte drinks like Gatorade are high in potassium and low in sodium, the opposite of what someone with low cortisol needs. Commercial electrolyte drinks are designed for those who produce high cortisol when exercising, not for someone who produces little or no extra cortisol during exercise. You need to add 1⁄4 to 1 teaspoon of salt to a glass of water or eat something salty to maintain fluid/electrolyte balance.

Cortisol production follows a curve from highest levels around 8am, dropping throughout the day until the lowest levels are reached about 11pm. In early stages of adrenal fatigue the body compensates with high night time cortisol. In this case the person finds it difficult to relax from the stress of the day and has trouble going to sleep. High night-time cortisol results in reduced REM sleep which is neither restful nor restorative. This can lead to depression and reduced energy levels the next day. In later stages of adrenal fatigue, the body may produce adrenaline (“fight or flight” hormone) in an attempt to compensate for low cortisol. This too will result in insomnia.

As the body tries to keep the ratio of electrolytes and fluid balanced, fluid may pour into the tissues and cause swelling. Most doctors will only see the symptom and not the cause and prescribe a diuretic which further compounds the dehydration and electrolyte imbalance and making the patient worse.

Varicose veins of the lower extremities result from the same pooling of blood in the abdomen and pelvis that causes hemorrhoids.

The adrenal glands are very complex parts of the endocrine system producing glucocorticoids (cortisol is the most important), mineralocorticoids (aldosterone), epinephrine, norepinephrine and even sex hormones. Adrenal fatigue affects every part of the body and every aspect of life. If you are experiencing the symptoms described above it is imperative you find a practitioner and get tested and treated. It may be helpful to print this out and take it to your practitioner. Saliva cortisol testing usually includes the sex hormones too and can be ordered from several on-line sites without a doctor’s order. If you do it this way though, testing will not be covered by insurance. Saliva testing is the most accurate test because it shows the rhythm of cortisol production and because it shows how much cortisol is present that the body can actually use. Blood tests only show bound cortisol which gives no indication if that cortisol is actually available to enter the tissues. Many people test “normal” on blood cortisol yet very low on saliva. 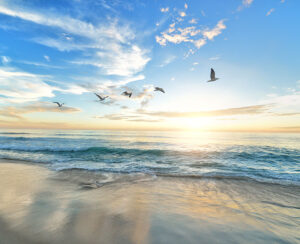 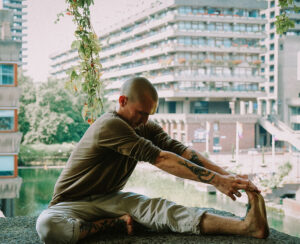 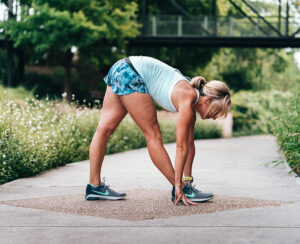 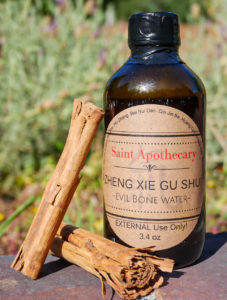 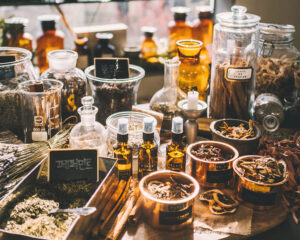 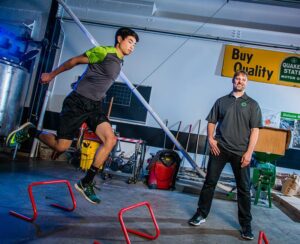